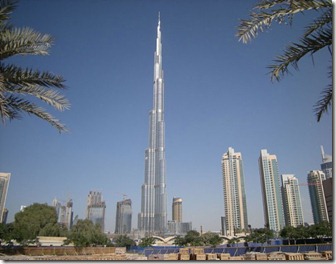 At an unveiling in Dubai yesterday, LEGO’s Architecture Series got a whole lot taller with the release of their Burj Khalifa model — a miniature replica of the world’s tallest building. We don’t think that LEGO’s Burj Khalifa comes with its real-life green oasis on the ground floor, but it surely comes with enough little bricks for creative builders to dream big about greener projects in the future. The new model will go on sale at LEGO.com sometime soon.

Like many other LEGO Architecture Series models, the Burj Khalifa model was designed by Adam Reed Tucker — who is just one of 13 certified LEGO professionals — and it bears a striking likeness to the 828 meter high building in every way but its size. LEGO had to make one change in the design, as the real-life building features a lot of “Y”-shaped joints and LEGO’s square blocks aren’t structured to imitate that shape. 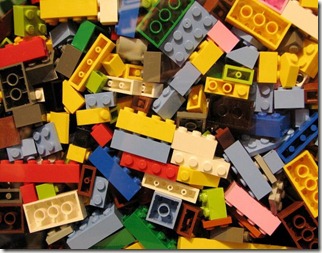 Tucker instead used a single propeller piece (of which square pieces are built) to imitate the building’s unique “Y”-shaped structure. The new model is on display at the Dubai Mall until May 29th. Children are invited to come explore the interactive LEGO Play Bases and even to submit their own LEGO design for the Burj Khalifa tower. The winner of that contest will be displayed next to Tucker’s model in the Dubai Mall after all entries have been judged. We’re giving LEGO a — very, very high — high-five for this latest endeavor and their constant efforts to keep kids involved in hands-on design.